See also El Tecuan 2004 gallery. I'm posting quite a few photos here to show the deteriorating condition of this once fabulous hotel. According to the Costalegre Travel Guide, the hotel had 38 rooms. The guide says "El Tecuan was the setting for most of the action in the movie 'I Still Know What You Did Last Summer'," in which it was called the Tower Bay. Here's more from http://www.mexicanpacific.com:

"The skeletal remains of a hotel developed by General Garcia Barragan, Mexico's Secretary of Defense in the 50's, sit on a parcel of land overlooking the ocean. The property was given to him by Mexican ex-President Gustavo Diaz Ordaz for his service to the country. The general built the hotel, swimming pool, tennis court and even a private landing strip but died before he could complete the plans. The hotel was leased out by family for several years but fell into disrepair and has since been looted, raided and stripped of anything of value." We have been told that el Tecuan and its landing strip were built with drug money, and it was closed down by the government. But that may be just tourist talk.

Playa el Tecuan is designated as protected habitat for turtles, and the area is identified as a sanctuary. How much is included beyond the beach and lagoon, I don't know.
Rooms at the hotel are said to have rented for $40-65 US per night.
Read More 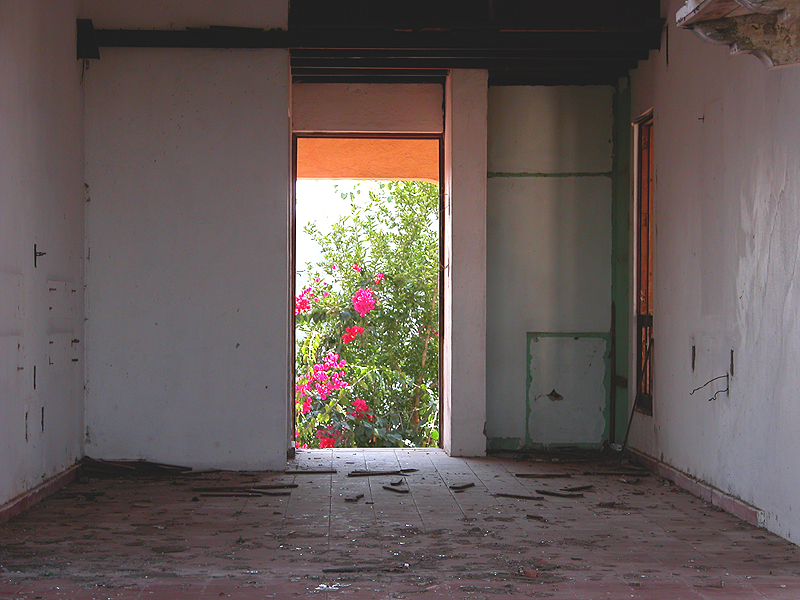